Somehow, it's the last coolsh*t of August. And to celebrate it, we're bringing you some De Niro Deepfakery, a Karen-themed horror film, and the latest battle in the great IP/IPA War. Choose your side wisely. 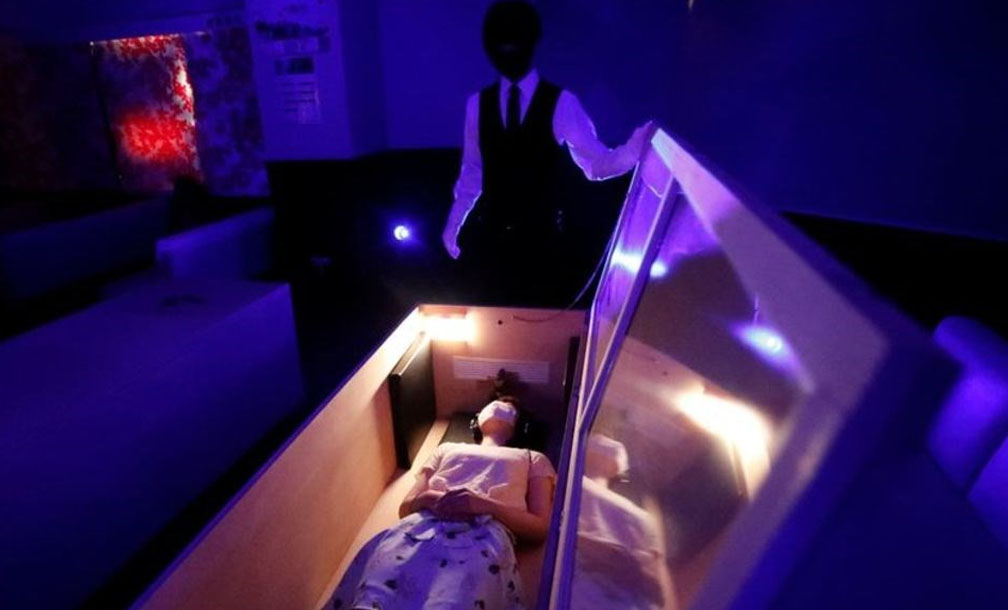 People go mad for escape rooms these days. Now suppose if you were to swap the room for a coffin, completely eradicate any possibility of escape, and replace all the riddles with chainsaw-wielding zombies. Sound good? Well that’s precisely what a Japanese production company are currently offering customers, and all for the very reasonable fee of just 800 yen (about £5.76). You may be thinking, ‘why on Earth would anyone want to do this?’. Good question. And I doubt you’ll be satisfied with the answer. Apparently this presumably traumatic ordeal is intended to briefly distract people from their coronavirus anxieties. Perhaps there is some sense to that actually. It’s probably hard to be frightened by an invisible virus while there is a very visible bloke with a chainsaw looming over you. I also like how they just throw in ‘and get poked with fake hands and squirted with water’ at the end. Bit of a step down from zombies with chainsaws, but sure.

You Talkin’ to Me?

Deepfakes are pretty terrifying in general. But it turns out that they’re especially terrifying if you are either A) a Netflix exec or B) a producer on The Irishman. When Scorsese’s latest film was released seemingly an eternity ago in November last year, it immediately got a lot of flak for the shoddy job that had been done de-aging Robert De Niro. The original assumption was that they had used some cheap, knock-off software – but that wasn’t quite the case. In fact, they spent about $159 million on it, only to then have it globally lampooned. Ouch, that’s not a great return. And it appears they could have just got a Youtuber to do it, presumably for a much more reasonable price. Notorious deepfaker Shamook had a go at reworking a few scenes from the film, and the resounding response is that it looks infinitely better than the original. Full disclosure, I didn’t really notice anything wrong with the de-aging when I first watched the film. Although I did watch it in 7 sittings on a cracked iPhone 7 screen while standing up in a crowded train carriage. Ah, those were the days. 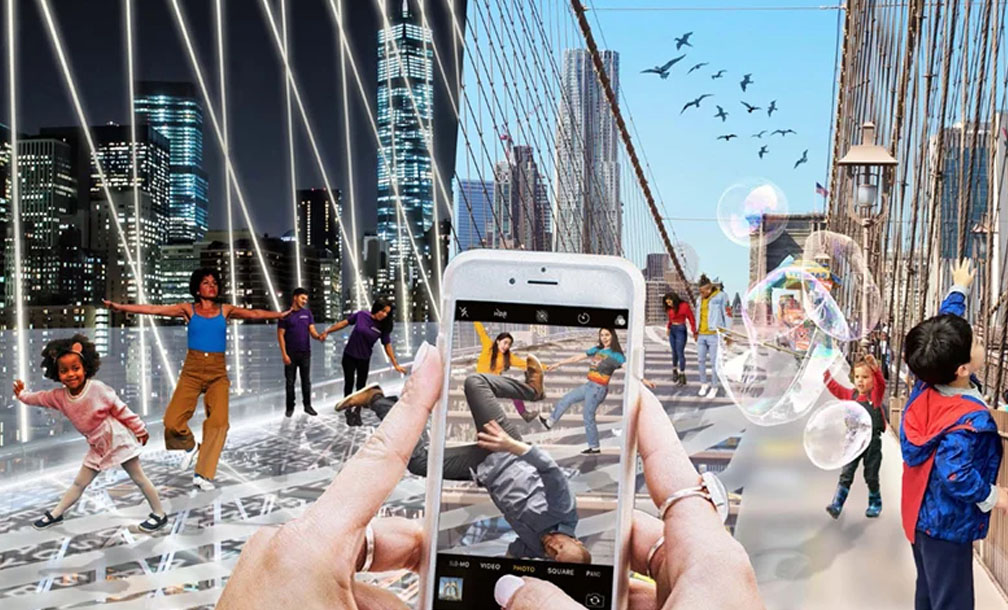 New Yorkers are proud of a few things. Food, sport, culture, and of course, their city’s architecture. The Empire State Building, Madison Square Garden, Trump Tower (maybe not that one so much) – the list goes on. And for Brooklynites in particular, a source of genuine civic pride is the mighty Brooklyn Bridge. But lots of people think it could probably do with a revamp. Hence the Van Alen Institute’s recent ‘Reimagining Brooklyn Bridge’ competition, for which the winners have just been announced. So, many congrats to our champions, Pilot Projects. Their ‘Brooklyn Bridge Forest’ is designed to act as a platform for addressing problems of climate action and social equity. Essentially, they want to get rid of a load of the cars and whack a micro-forest at either end of the bridge. Sounds good; sign me up. However, do not sign me up for the design from the winners of the ‘young adults’ category, as they propose to install a glass floor so you can see right through to the beckoning abyss of the East River. Na, you’re alright. 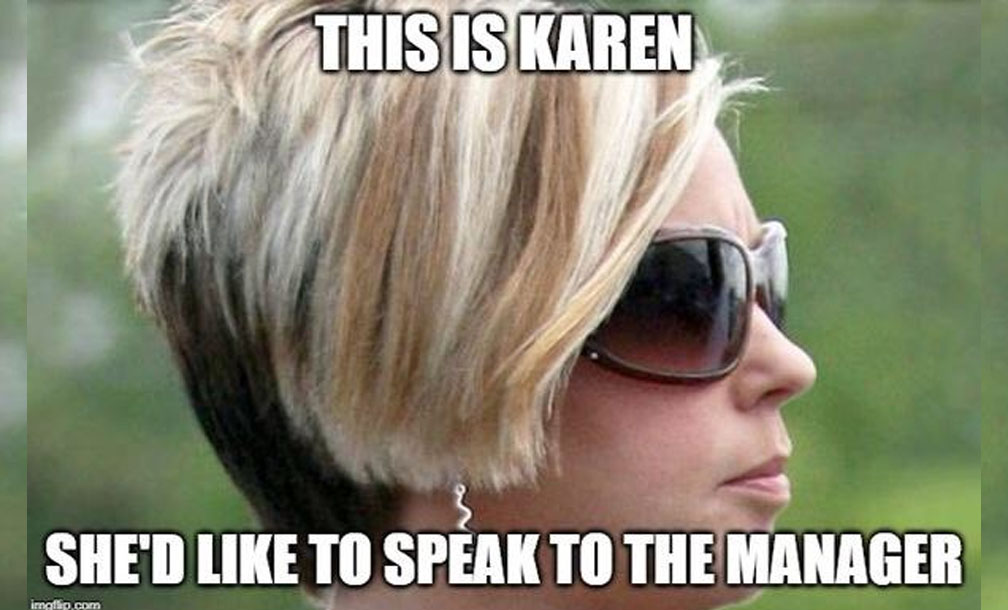 It’s impossible not to feel a bit sorry for all the nice women around the world named Karen. What was once a bastion of friendly, caring, middle-aged motherliness is now symbolic of pure evil. Sure, the Karen’s of yesterday would probably share a few too many minions memes on Facebook, they’d probably have an inordinate amount of ‘Live, Laugh, Love’ wall hangings around the house, and they probably cooked unseasoned chicken. But they were basically harmless. Now, it’s a completely different story. And nothing typifies this changing of the Karen guard more than a Karen-inspired horror film. Starring Orange Is The New Black’s Taryn Manning, the film is about a miserable, racist white woman called Karen White (bit on the nose there), who devotes her life to torturing her new black neighbours. Hardly the type you’d invite over for tea. This could be the final nail in the coffin for the Karen’s. Just watch out for the chainsaw-wielding zombies. 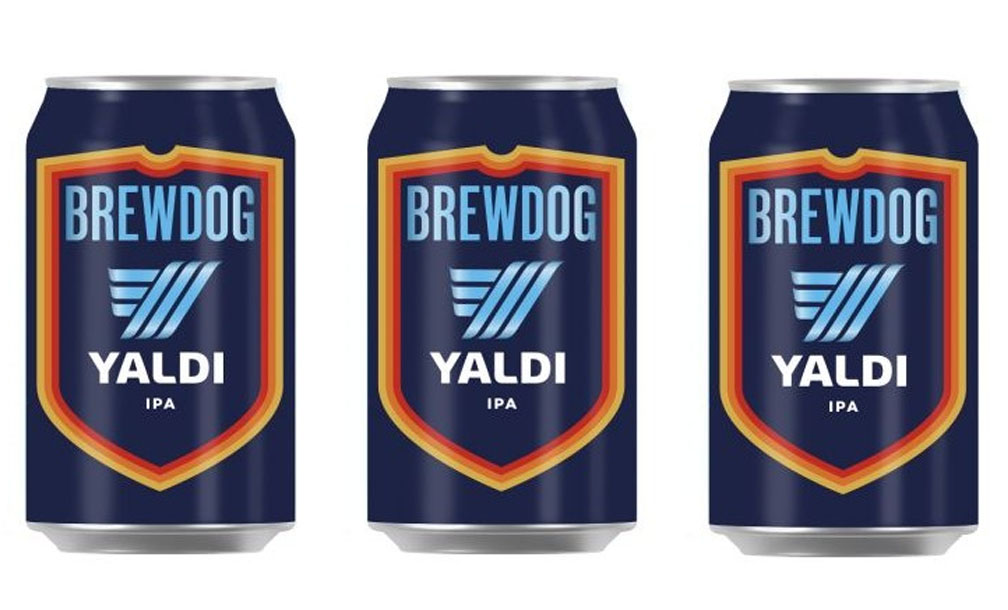 Well this is awkward. It appears that there is currently a war brewing between my favourite beer brand and my favourite supermarket. Following Aldi’s introduction of the ‘Anti Establishment IPA’ – which is just ever so slightly similar to Brewdog’s ‘Punk IPA’ – the brewery have clapped back by giving Aldi a taste of their own medicine with the release of the ‘Yaldi IPA’. Zing. The real question for me, is who am I backing here? It’s tough. On the one hand, BrewDog manage to seamlessly fuse craft with mass production, maintaining an ethos of not taking themselves too seriously and giving back to the community, all the while also producing some of the most popular and delicious beers in the UK. On the other hand, at Aldi you can get 2kg of chicken breasts, 4 frozen Aberdeen Angus beef burgers and a litre of vodka for just over a score. It’s a genuine dilemma.

They say you can’t teach an old dog new tricks, but it seems that logic does not apply to Hawks. Tony Hawk represents a walking nostalgia for a lot of people. A simpler time of mohawks, pop punk, Etnies, Affliction t-shirt’s with skulls and barbed wire on – all that good stuff. Back in the days when teenage rebellion was more about facial piercings and less about dairy substitutes and activism. You may not see Sum 41 and Green Day about so much anymore, but Tony Hawk is still doing the damn thing. In fact, he just linked up with The Berrics to nail his ‘perfect trick’. Which, if you’re not a skateboarding aficionado, may not look like much, but I have it on good authority that it is a big deal. So credit to Tony Hawk for proving once and for all that there is nothing embarrassing or sad about being a 52 year old man on a skateboard.