Sleepover at Blockbuster? In this week’s coolsh*t, we’re bringing you a new home for your melons, a fiery love story to rival Romeo and Juliet, and the hottest remix of 2020. 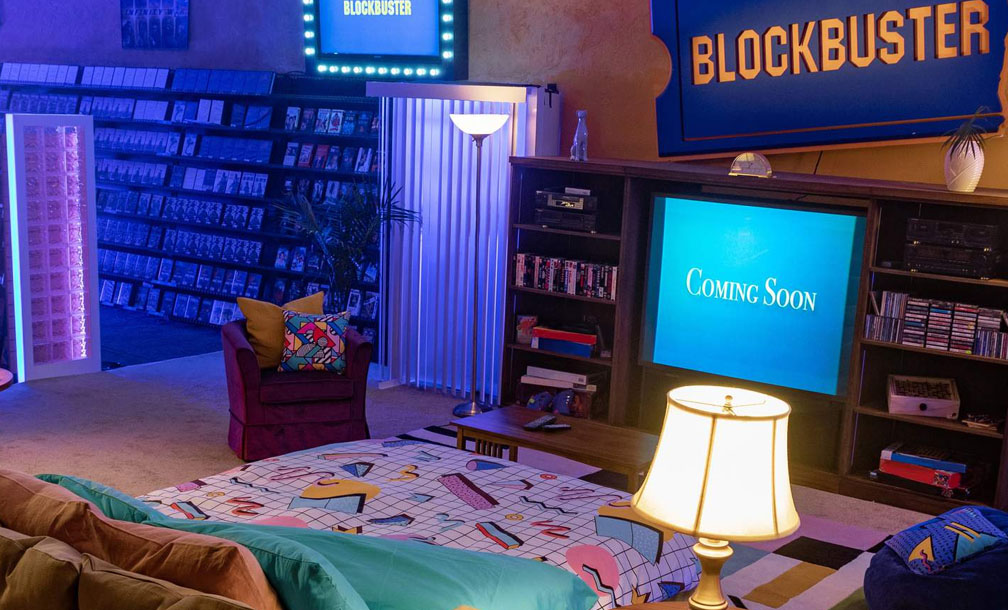 Well, kind of. Not really actually. But they have momentarily emerged from their cocoon of obsolescence by taking to Airbnb to offer some lucky patrons the chance to have a sleepover in the world’s last remaining store. The biggest shock there is that even one still exists, I assumed they had all gone the way of the dodo some time ago. But this one has been kitted out to look pretty unreal. Don’t get your hopes up though, as this offer is exclusive to the residents of Deschutes County, Oregon as a token of gratitude to the community who have continued to support them throughout the last few months. And years, for that matter – I mean, ever heard of Netflix? On that topic, I read the other day that Blockbuster were actually offered the chance to buy Netflix for just $50m in 2000. Ouch, that’s got to sting. So just let that be a lesson to all of us: if anyone ever tries to sell you Netflix for £50m, say yes. 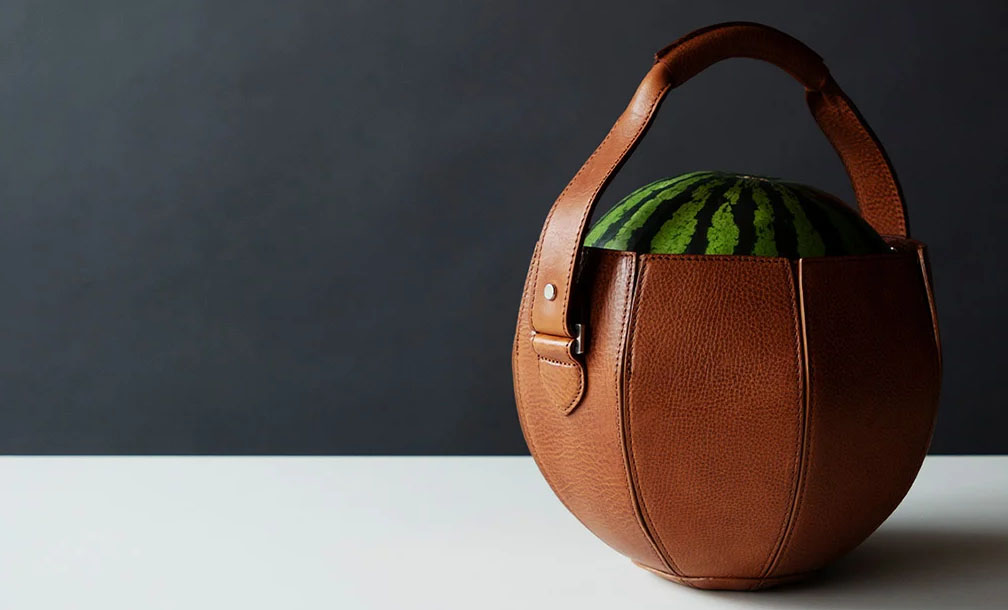 Are you sick of lugging around your watermelons like some sort of mug? We all know that there’s nothing more devastating than having that sweet, precious fruit slip from your grasp and cover Tesco’s car park with its bountiful flesh. Oh come on, don’t pretend you haven’t been there: dropped to the knees, frantically sobbing, screaming “Pourquoi Lord, why hath thou forsaken me?!”. Well, now your watermelon-dropping days can be a thing of the past. And not only that; now you can carry your melons around in style. Japanese designers Tsuchiya Kaban have been crafting luxury leather items since 1965, and it appears that they’ve got sick of bags and wallets and have decided to turn their attention to something infinitely more important: watermelons. Yeah, I don’t really get it either. I suppose this is what happens when you have a lot of time and a lot of leather on your hands. I’m a big fan though. Plus it looks like it could probably double up as a hat for Amelia Earhart. 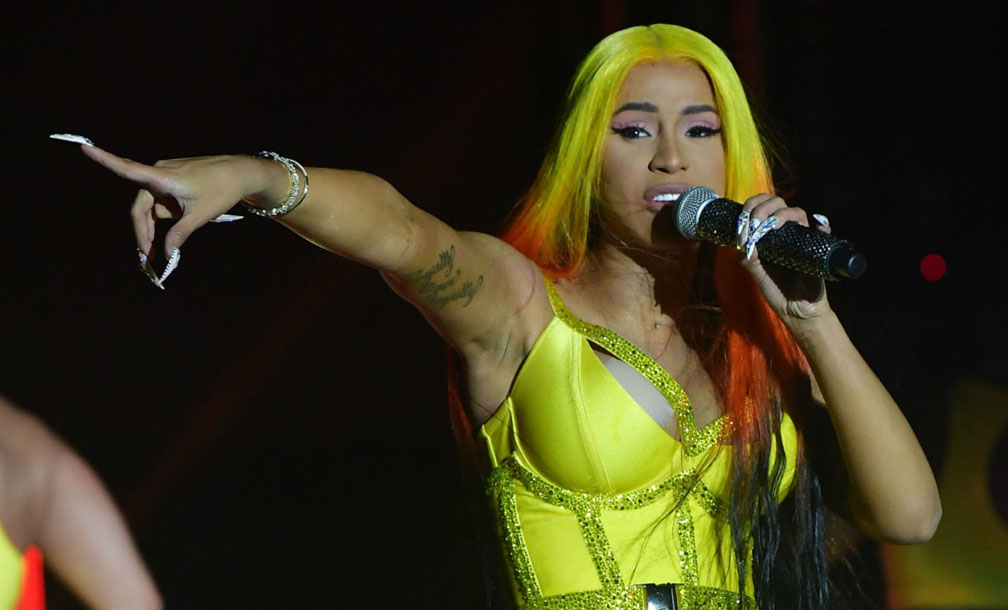 Cardi B and Megan Thee Stallion have dominated the internet this last week thanks to their new release ‘WAP’, which stands for… – hmm, you can just look that up for yourself actually. The original is definitely something, but the remix featuring controversial conservative political commentator Ben Shapiro definitely tops it. Shapiro expressed his profound disapproval of the song, so DJ iMarkKeyz spotted the opportunity to give him his own version. And it bangs. I’m by no means a Ben Shapiro hater, some of his nasal put-downs of trust fund-Marxist students are actually pretty entertaining. But I just find it funny that the same bloke who derides and laments for this ‘snowflake generation’ is also so shocked and appalled by all the naughty words and nudie ladies in the song. Gadzooks, heaven forbid! What a P-word. So congrats to Shapiro for singlehandedly proving Huey Lewis wrong: it is, in fact, very much nothip to be square. Saying that, he does make for one hell of a remix though. Hope he’s getting some royalties out of this. 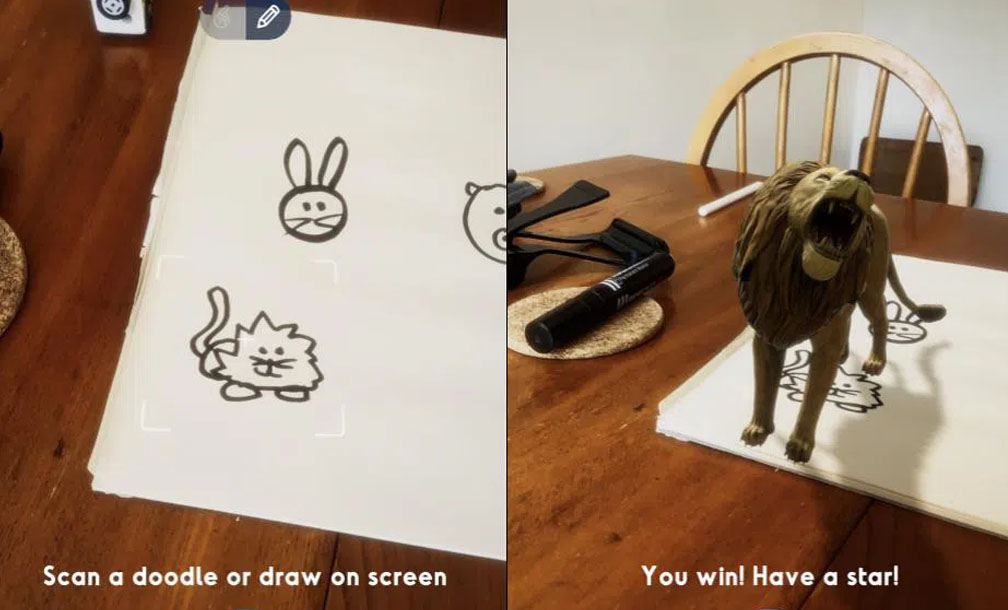 I remember when I was a kid we used to have a game where we would literally just throw rocks at each other. Nowadays, it seems that a lot of children learn to use an iPad before a toilet. Poor little bastards don’t even know what they’re missing out on. Although, to be fair, rather than getting concussed by a particularly well-flung pebble from ‘Bad Harry’ (a moniker my mum gave him, which I now think was probably fair), it would appear that today’s kids are gaining brain cells rather than losing them by using their iPads to learn. And with apps like this, I can kind of see why. Doodlar is a new app that allows you to draw an animal, take a picture of it, and see it brought to life in front of your eyes into a realistic, 3D, interactive AR form. When I saw this in action I was immediately incredibly impressed, followed by a slight tinge of embarrassment when I clocked that the app is aimed at children aged 6-10. Forget that though, I don’t play by the rules – I’m deleting Duolingo and downloading Doodlar. It’s time to accept that Yo no comprendo español and learn about some damn elephants. 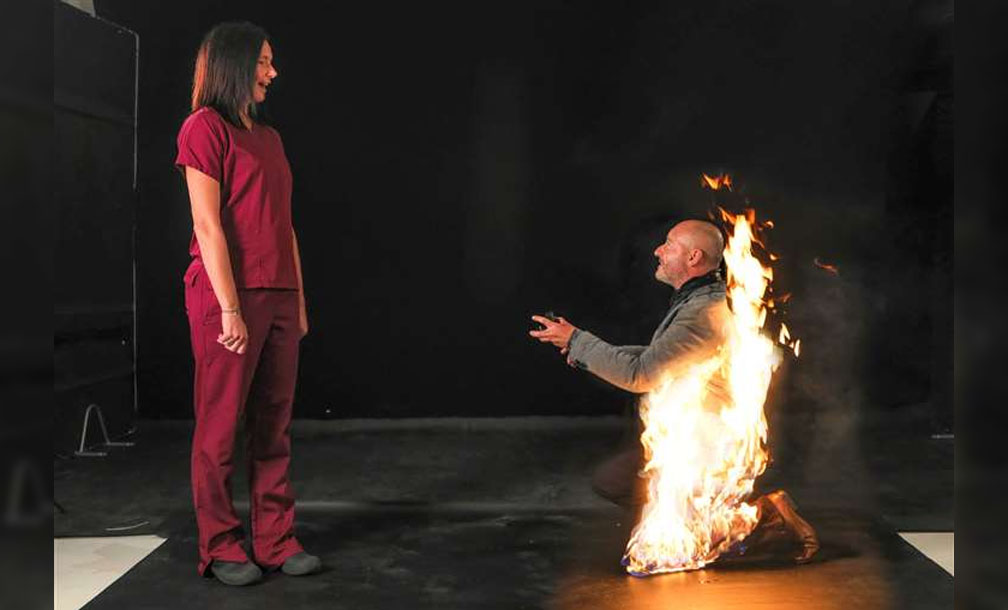 Where do you start with this? It’s got love, surprise, and a man on fire – all the makings of a great story. Romantic, yes – but hopefully it isn’t symbolically pre-empting their marriage going up in flames. Truth be told, when I saw that this had happened in Ashford, my civic pride took over and compelled me to include it. Up until now, Ashford was mainly known for having a cheap shopping centre, a busy train station, and an exceptionally high infection rate – so credit to Riky for putting us on the map for some more wholesome reasons. Katrina said she was incredibly shocked by the proposal, as she only expected him to be on fire. Well, I suppose that’s better than the inverse. A story in which someone says “I had my suspicions about the proposal, but I just didn’t expect him to burst into flames” is usually not a happy one. And just as the cherry on this bizarre cake, Riky standing at 5’3 is a full foot shorter than his presumably Amazonian betrothed, who stands at a colossal, shin pad-wearing, corner-defending, acacia-nibbling 6’3. God bless you, short king – you made it.

How well has the education system adjusted to remote learning? Have universities done enough? What about those aspects of the university experience that simply can’t be recreated over Zoom? With countless students and graduates all around the world being forced to make new plans, how are the Covid Class of 2020 feeling about a suddenly uncertain future?

We asked our SELFHOOD network about the ways in which the last few months have impacted what, and how, they are learning.