In this week’s coolsh*t, Ben and James bring you that Friday-not-Friday feeling with virtual street photography, Elon Musk’s next passion project, and a surprising Streetwear x Jungle mash up. Plus there’s some realsh*t on life in lockdown in case you missed it. P.S. let us know what you think of our new look. 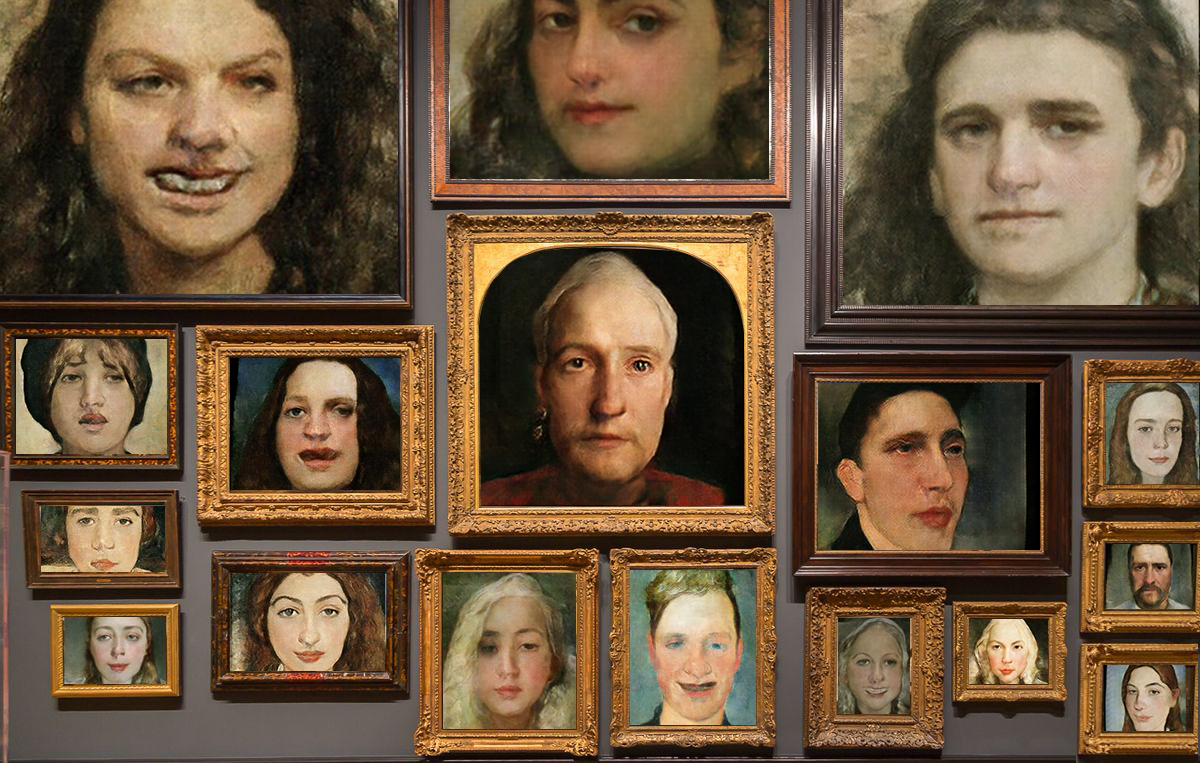 Raphael, Michelangelo, Leonardo, Donatello. Yes, these are the Teenage Mutant Ninja Turtles – but they are also artists. Have you ever wondered what you’d look like as a Renaissance painting? Well now you can find out. AI artist “AI Gahaku” has set up this site, which allows you to transform your regular, boring 21st Century face in to a glorious canvas painting. In the meantime, please enjoy this hauntingly beautiful collage of the ZAK team. I promise we aren’t this ugly in real life – most of us at least.

Get your face painted!

We mentioned a couple weeks ago that there may (and should) be somewhat of a dearth of street photography in the coming weeks and months. So what do you do if you’re a budding street photographer restricted to the confines of your own bedroom? Fire up the Xbox and whack on Red Dead Redemption 2. The #virtualstreetphotography movement has been popping off on Instagram this week, and these are the results. Some great shots, and what an excellent way for photographers to claim to be “working” whilst sitting in front of a TV all day.

As a fully-fledged, card-carrying member of the Junglist Massive, I felt morally obliged to include this story. Iconic streetwear brand Palace have teamed up with Jungle royalty in the form of MC Skibadee* to release this teaser video ahead of their upcoming collaboration with Japanese denim purveyor EVISU. When I showed this to our Senior Content Creative Ben, he said it was “sick” and that it “reminds him of sitting in car parks” – make of that what you will, but it is high praise indeed from a man of clearly impeccable taste.

Being optimistic is overrated. “Fail to prepare, prepare to fail”, as Mr. O’Connor used to say. Well, car designer and 3D artist BradBuilds clearly agrees, as he has been preparing to cruise in to the apocalypse in style in this Mad Max-esque Tesla Roadster. It may need a few less solar panels and a few more machine guns – but overall it looks like an ample apocalypse automobile. While this is obviously just a 3D mock-up, it wouldn’t be surprising to see Elon Musk pick up the idea for real. We’re talking about a man who plays with flamethrowers in his spare time and has previously released a song about a dead gorilla entitled “RIP Harambe”, so he’s definitely spent money on weirder and less practical things in the past.

There are only 2 reasons for running in circles around your garden for hours on end: 1) you’re raising money for charity; 2) you’re on meth. Fortunately, in the case of James Campbell, it was the former rather than the latter (as far as we’re aware). The fitness instructor said he was “losing the plot” in isolation, so decided to run a marathon by doing 7000 laps of his 6.2-metre-long garden. Questionable logic for the purposes of maintaining sanity, but he raised £27,000 for the NHS, so give him a break. We here at ZAK salute you, James Campbell. And if anyone wants to support both him and the NHS, the Just Giving page is still open.

In case you missed it, we released episode 1 of realsh*t this week. We asked our SELFHOOD network across the globe for some of their thoughts on their first couple weeks of lockdown. No monotonous marketing spin, no wtf wfh tips, no fake news, just realsh*t. Stay tuned for episode 2 next week.